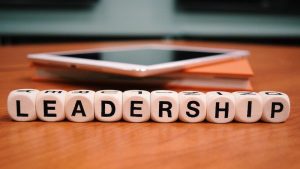 Through the years I have observed various kinds of leadership styles and methods. Some are effective in certain contexts but greatly limit their reach because of their limited perspective. The purpose of this article is to explore the differences between what I call “Lateral” and “Vertical” leadership.

Vertical leaders can also be very effective – especially in emergencies and in the short term. They can be very convincing, dogmatic, entrenched in their own paradigm of doing things, and can attract loyal followers to their mission. The question is not whether they are good leaders or not – the point of this article is the fact that vertical leaders are limiting the scope of their mission because they limit their team to the handful of those who rarely push back at them in the decision making process. Of course, even lateral leaders have to make the final decision in the event they experience an impasse with their team and cannot reach consensus.

The following are traits of lateral leadership:

1. Lateral leaders are open to diverse perspectives in the decision-making process

Although lateral leaders can have strong opinions, their leadership proclivities allow for interaction with others who may have alternative opinions and solutions. This protects the lateral leaders from their blind spots and makes them less likely to make a huge mistake.

2. Lateral leaders release many people to accomplish their mission

One of the greatest attributes of the lateral leader is their ability to motivate and release numerous people to implement corporate mission based on their unique abilities. One of the earmarks of an organization led by a lateral leader is the fact that delegated authority to function has been given to many people – resulting in many moving parts all under the vortex of one compelling vision.

Due to the nature of lateral leader they are always on the cutting edge regarding the best methodologies to accomplish their mission. Also, they are able to hear more clearly the voice of God through the various perspectives and gifts represented on their diverse team.

Lateral leaders are not threatened by other gifted leaders, but are energized by them, their passion, and their ideas.

4. Lateral leaders have a horizontal view of reality, perception, and the implementation of vision

Lateral leaders enjoy perusing ideas and information from a variety of political, economic, and cultural sources. This gives them a well-rounded view, protects them from groupthink, and fortifies what is really true in their own heart and mind.

Of course, all effective leaders need to also be grounded in their core values in order to lead without compromise. They also have to have a clear sense of direction from above (VERTICAL) for all major decisions so that they can guide their team to arrive at the right consensus (hence they are vertical in their core values but horizontal in their methodology).

5. Lateral leaders are flexible and open to change

One of the greatest traits lateral leaders have is the fact that they are very flexible, which means they are willing to change course and adapt to more effective measures as soon as their paradigm becomes limiting. They are also usually more open to personal correction and are more readily accessible when it comes to communication.

6. Lateral leaders are easy to approach

The nature of the lateral leader is that they are usually more empathetic and willing to learn from others – which also means they are usually easier to access and communicate with than vertical type leaders.

7. Lateral leadership is based on a biblical methodology

God utilizes many kinds of people and churches to accomplish His vision and mission. This can be seen by the vast diversity of ethnicities, denominations, and various expressions of His Family advancing His Kingdom globally. We can also see how God administrates His will through a diversity of operations and gifts (read 1 Corinthians 12:3-8; Romans 12:4-8).

1. Vertical leaders process decision making with echoes of them

The nature of vertical leaders is to be more focused and narrow in their approach to implementing their mission – hence, they do not have much time for diverse opinions. This attribute lends itself to flowing with a team of people who merely echo their leader. (There are few voices – only echoes on their team.)

Sometimes our greatest strength becomes our greatest weakness! What used to work in the past during a particular season in life may no longer be effective in the present day. Vertical leaders can be very effective in an emergency since there is not much time to deliberate a broad decision making process. It can also work in the short term. However, in the long term, gifted leaders will be bored and eventually leave the organization if they sense their input is either not valued or taken seriously.

Although many vertical leaders are effective in the long term, they may have a difficult time prolonging their vision and mission past the duration of their leadership tenure if they do not allow for other leaders to develop and carry the baton. At the very least, even successful vertical leaders can greatly increase their influence if they merely learn to broaden their reach and their perspective.

3. Vertical leaders release only the few in their inner circle

Vertical leaders only tend to trust and release a few people at a high level to engage their vision and mission. This is because they are so obsessed with quality control – they do not allow for any deviation from not only the mission but also the method of how to accomplish the mission.

This M.O. greatly limits the creativity and capacity of gifted leaders who will eventually be bored and leave the organization if things do not change and they are not engaged at a meaningful level.

4. Vertical leaders function within the context of their comfort zone

Vertical leaders do not like to be challenged; they attempt to navigate the organization through clones that totally fit their genre and culture. They are not generally successful interfacing with those not operating within the same wineskin or methodology. Since they do not value other opinions, they consider it a waste of time to dialogue and process decision making with those who push back.

To conclude, in this article we are dealing with broad strokes. In some cases, effective leaders may have to transition from vertical to horizontal and vice versa depending upon the situation.

Also, even effective lateral leaders will not waste their time with those who are always pushing back at them for the sake of pushing back.

In every organization, all the key leaders and members have to buy into the overall values, vision, and mission of the entity – those who do not, do not belong in any decision making role (Amos 3:2).