Endurance .. it’s how we get there 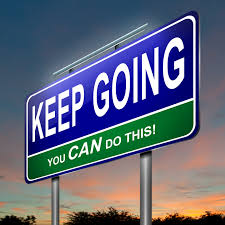 For us to run our race and succeed—regardless of what we’re reaching for in our lives—we have to build our endurance.

Endurance is a skill, not often taught or even practiced in our ‘give it to me now’ world. We are captured by the stories of  elite athletes, successful entrepreneurs, inventors, large businesses, accident and medical  survivors. We admire the time, discipline, training and endurance over time that they put into their sport, event,  business, training, health or whatever, to be  the best they can be.

The Bible talks lots about “enduring” (Oh how I hate that word!) but truth be said we have all endured at times to “get” what we are after, and today I want to encourage you to endure “for God’s sake”

Endurance is quality built under pressure

Here is an Inspiring story of Cliff Young (an Aussie battler)

Cliff Young was a 61-year-old potato farmer who had lived his life tending 2,000 sheep on 2,000 acres—on foot in rubber boots!

When he decided to enter the Sydney-Melbourne ultra-marathon (544 km) he wasn’t a professional runner with the latest running shoes and chic clothing. He didn’t have corporate sponsors. He didn’t even know the rules of the race, he lived with his mother, was a vegetarian and teetotaler, and had trained for a month by chasing his livestock in long pants and rubber boots. Physically, he looked like he might keel over with the next wind, yet he was set to race against world class athletes.

The morning of the race, Cliff showed up wearing the first pair of running shoes he’d ever owned, had cut holes in his pants for ventilation, and had no teeth. (He said his false teeth rattled when he ran.) And when he ran, it was more of shuffle—because that’s how he’d always had to run in his rubber boots. Reporters were amused, gave him a hard time, and race officials were concerned he would keel over at any minute and die right there on the course.
When asked if he could run the race, he said, “Yes, I can.”

Not knowing it was customary to stop after 18 hours of running and sleep at least six hours a night, Cliff ran nonstop for the first two days—and then  slept only one hour. No one had ever run the race practically straight through.

Cliff never lost his 10-hour lead, and the world became mesmerized by the shuffling potato farmer. Cliff finished the race in 5 days, 14 hours and 35 minutes—the equivalent of running four marathons a day—shattering the previous record by more than two days. I find it inspiring that  ..

Join Business Edge today and join a group of people who will believe in your dream, encourage and coach  you, and be your cheerleaders  as you advance,  endure and reach your goals .. it is “the spirit of good business”   www.businessedge.org.nz/join