How Jacob built his wealth 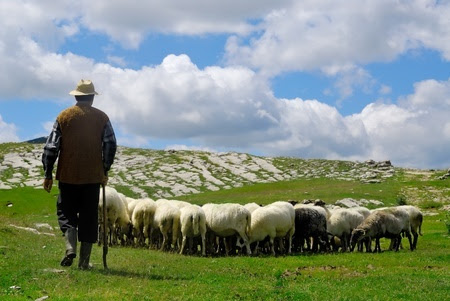 In the book of Genesis, we find Jacob, the grandson of a wealthy businessman. He has experience working with sheep — his grandfather, Abraham, made his money through the sheep and cattle business, and so did his father. Jacob is sent to his uncle, Laban, to get a wife. Laban is also an entrepreneur in the sheep and cattle business. Jacob makes an agreement with his uncle to work for him for seven years in exchange for his youngest daughter. However, Laban tricks him into working for fourteen years for two of his daughters, the youngest and the oldest, even though Jacob was interested only in the youngest. Through the duration of Jacob’s time working for Laban, the Lord prospered Laban’s business.

Now with a growing family, Jacob requests permission from his uncle to leave and go back to his country and to make provision for his own household. His uncle refuses to let Jacob go, recognizing that his business has increased tremendously in revenue since Jacob has been working for him. He therefore requests that Jacob name his wages. “How much will it take for you to stay?” he asks. Jacob does not name a salary, but rather asks for equity partnership in the business.

Equity partnership is an exchange of money or work for a percentage of shares in the business. This approach increased Jacob’s risk, but also increased his chances of becoming wealthy. He understood his value and recognized that no amount of money offered by Laban could have been enough to pay him what he was worth, since he was the one with the expertise.

He therefore exchanged his expertise not for salaries and benefits, but for an equity stake in the business. As a result of this shrewd business transaction by Jacob, the Lord gave him clever ideas and further prospered the works of his hands. Jacob became exceedingly prosperous and had male and female servants, large flocks, camels and donkeys (Gen 30:43).

What were the keys to Jacob building his wealth?

What is God directing you to do? Are you ready to do something shrewd, risky, or new when God directs you to?

May the God of Jacob give you insight and prosper the works of your hands in order that you and those who depend on you may experience the fullness of what God has in store. His plans are always for our good, and His kindness is everlasting.