This Sunday in church was a particularly special time and there were some key phrases that caught my attention and imagination.  Firstly from the worship time.  We sang a song that is a declaration over New Zealand with three two-word statements.
Kia Kaha,  Be Strong
Kia Mia, Be Steadfast
Kia Manawanui, Be Willing 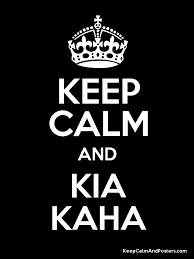 Then we heard the from the lovely gentle preacher from Texas and he told us a story about a man named William Borden who was a wealthy young man whose heart was set aflame with the great need of man during a trip around the world that his wealthy parents sent him on.  He wrote to his parents before his return to tell them that he would becoming a missionary.  The part of the story that stuck me the most were the three two-word statements that were found written in his bible at different times of his life.

The first statement was written when a friend said that being a missionary would be a waste of his life.  He wrote in his bible No Reserve.  During his time at Yale he rose up to be a great influence amongst his classmates.  The next statement was written when he left with a one way ticket to China, stopping in Egypt to learn more about the Muslims who he felt called to serve, he wrote No retreat.

While in Egypt he contracted spinal meningitis.  Within a month, the 25 year old man who seemed to have a very promising future was dead.  When all his things were returned to his family, in the midst of trying to find the answer to their why questions, they found the last statement written weakly in his bible under the words, No reserves and No retreats, it said No regrets.

As I wrote the words into my journal I noticed the words we had sung early in the service that I had also written down because they had struck me and it stirred me as I put each column of the three statements next to each other, I couldn’t wait to get home today to write this blog…

So what does this mean to me as a Biblical Entrepreneur?

Be strong – No reserve

Proverbs 29:18
Where there is no vision [no redemptive revelation of God], the people perish; but he who keeps the law [of God, which includes that of man]—blessed (happy, fortunate, and enviable) is he.

Once we understand our calling and purpose it will cause us to become clear on what it is we have in our hand and heart to do.  It gives us the resolve to start the journey, it gives us the courage when we count up the cost and there is a big gap that requires a big faith to leap it.  It causes us to be clear on the fact that it is not us alone, but only with Christ in us, the hope of glory that we can do what He has placed in our hearts to do.  Business is tough and it will takes a tough breed of Biblical Entrepreneurs who are willing to do whatever it takes to honour God in the marketplace, to be skilful and diligent in business and to arise and shine in places of influence so that we can be salt and light to this nation and the world.

Be steadfast – No retreat

Ephesians 6:13
Therefore put on God’s complete armour, that you may be able to resist and stand your ground on the evil day [of danger], and, having done all [the crisis demands], to stand [firmly in your place].

Along each of our journey’s we will all come to a wilderness of some kind, Joseph did, Moses did even Jesus did.  We live in a world that is marked by sin and the consequences thereof, sometimes the wilderness will be a consequence of something we did and sometimes it will be no fault of our own.  God is a good God and doesn’t put pain and suffering on us, but He will walk with us through it and turn it for good if we will cooperate with him. We get to chose if we consider it wholly joyful and allow it to produce endurance and steadfastness and patience in us which the Word says will make us people perfectly and fully developed lacking in nothing.  As a human race we are so pain adverse that we often miss out and avoid growth because it is painful.  If we are to be people of substance and character we have to arise and face our wildernesses and our giants, again we are not alone in this, we have a comforter and helper to get us through.  Close the exit plans and back doors, step up and into your calling and don’t be afraid to be steadfast, sometimes it is just about standing the ground when you don’t have any fight left, that is why we need a community who understands.  We are not supposed to be doing this on our own.  When one is down we need to protect and get them up as soon as possible or surround them and allow them to rest.

Be willing – No regrets

John 16:33
I have told you these things, so that in Me you may have [perfect] peace and confidence. In the world you have tribulation and trials and distress and frustration; but be of good cheer [take courage; be confident, certain, undaunted]! For I have overcome the world. [I have deprived it of power to harm you and have conquered it for you.]

If we are willing to answer the call, to arise and shine and to be the salt and light for Jesus in the marketplace I believe we are in for the adventure of a life time, this adventure requires us to leave our land of familiar sometimes, maybe we are doing the same thing year after year hoping for a different result and Jesus is calling you to set your net to the other side, maybe it is time to take your business to the next level and you need to get skilled up or even bring in that new skill, but it is going to require a brave move and decision on your part.  A sailor will never become skilled if he never leaves the shore and if he never experiences some storms.  We need to set sail, we need to be willing to do whatever God is whispering into our hearts, sometimes even shouting.  We need to be willing to say Yes Lord!  We can trust Him, He is trustworthy.  It doesn’t always mean we will be tiptoeing through the daisy’s and it doesn’t mean it always has to be hard, but we need to be willing to trust him to grow us on to the other side of obedience.  When we give our all and put our trust in Him I believe we will never have regrets.  It is never too late, “if you ain’t dead, you ain’t done”.