Oh that you would bless me indeed! 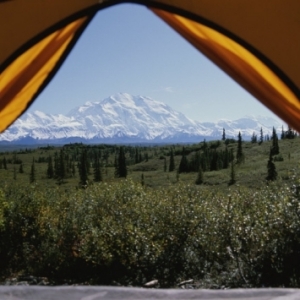 “Oh that You would indeed bless me and enlarge my territory” (1Chron 4:10)

When Jabez prayed, ‘Enlarge my territory,‘ he was saying, ‘Lord, I want more than I’ve got, and I’m asking you for it!’
This man had great ambitions, and God blessed them.!!
There are three common misconceptions that can keep us from having great ambitions:
We confuse fear with humility.
We say, ‘Oh Lord I could never do that,’ and think we’re being humble. But that’s not humility. That’s fear !
A humble, yet faith filled person would say, ‘I believe God has called me, and with God’s blessing I can do this.’

We confuse laziness with contentment.
We quote Paul: ‘I have learned to be content whatever the circumstances’
But this doesn’t mean that you shouldn’t set goals. Paul wasn’t saying, ‘I don’t have any ambitions or future plans.’  that’s just a cop out, in fact he spoke of ‘reaching forward to those things which are ahead’
If you don’t have a dream or a goal, ask God for one.(enlarge your territory!)

We confuse small thinking with spirituality.
‘I just own a small little business, we just serve God in our little way, I’m just fine the way I am or that’s just the way God made me.’
It’s wrong to blame God for your lack of growth, because he has provided all the tools and ideas you need in order to grow.
So think big or you’ll get in God’s way!

You see Jabez who seemed to be hidden in amongst a genalogy of hundreds, stood out and stood up to be counted.. with a big, audacious, loud demand on God and very simply “God granted his request” !!

Do you have a big dream?, Do you have big idea?
Ask God  to bless you.. He is the giver of all good and amazing gifts.
Better still ask God AND join Business Edge where you will find a group of believers who will encourage you and walk with you through your new territory!  http://businessedge.org.nz/join

God bless you as you seek to enlarge your territory for Jesus sake!