2015 Inspired By the Holy Spirit 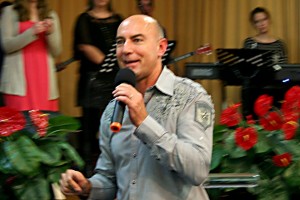 This is not your ‘normal’ season and sometimes you’ll think a season is finished but God will just insert another season within that season. So we need to be very focused and alert to what the Lord is doing this year otherwise we could miss the fullness of our preparation season and fullness of our harvest season.

So watch for the season within a season this year.

I don’t believe this season started just this year either. I believe that we have been in this for a while, but the seasons will become more clearer this year. If you’ve been in an unusually long season then get ready for God’s strategy to bring you out. Even the way He brings you out is going to be unusual.

In December and January we have seen literally thousands and thousands of butterflies unusually large amounts. The Lord showed me that as caterpillars they have gone through a long season of metamorphosis but now countless butterflies are emerging out of their chrysalises to enjoy their new found freedom and new season.

So this is the year God’s people will emerge from their long season of metamorphosis and come out changed, challenged and ready to spread their wings into the next season that God has for their lives.

When I heard the word ‘wheel’ the Lord reminded me of the place Gilgal which means wheel or rolling and this is where He rolled away or removed the reproach from his people. He’s doing the very same thing to you this year He’s rolling away the stain, the stigma, the shame, the disgrace and the blemishes from you.

Just as a wheel or tyre needs to be balanced this is a year we will need to balance our lives. Too many people are stressed and suffering burn out whether emotionally or physically because our bodies can only function so long without the proper rest and balance. For far too long we have been living unbalanced lives and this year it’s time to deal with it. God must always be our rock our foundation to a healthy balanced life, our family life needs to be balanced, also our prayer life, our social life, our career, our finances, our health, our personal life, it’s now time to be happy!!

You can’t be a watchman if you can’t see; Lord open our spiritual eyes. A watchman’s role is not just to watch but to guard and they do this by partnering with God. God is commissioning watchmen to watch/guard over certain things like families, churches, communities, nations etc. Tonight He is releasing a prophetic watchman anointing. Mathew 26-41

WHAT WAS UNSEEN WILL BE SEEN THIS YEAR, DONT BE DISTRACTED.

Like Elisha’s servant who was able to see spiritually what was already there, so we too will have these type of supernatural encounters revealed to us. The spiritual realm will become like the natural realm in how we see it. We will see the demonic as well as the angelic.

Like the apostle Paul who didn’t know sometimes whether he was in the natural or the spiritual.

THIS WILL BE A YEAR OF WHIRLWINDS.

There is going to be whirlwinds in the earth this year that will come from every direction and throw the world into chaos BUT just like Elijah told Elisha in 2 Kings 2-10 NIV “You have asked a difficult thing Elisha BUT IF YOU SEE ME when I am taken from you, it will be yours—otherwise, it will not.”

I heard the Lord say BUT IF YOU SEE ME it will be yours. If we will focus TILL THE END like Elisha and keep our eyes on the Lord through all the chaos and stuff that’s going on round about us, then what was promised to us will be ours.

Job 40:6-7 NKJV Then the LORD answered Job out of the whirlwind, and said: “Now prepare yourself like a man; I will question you, and you shall answer Me:”

These whirlwinds will spawn winds of change that will blow across the nations of the earth, winds that will shake the dead and unproductive branches from our life. But the things of God that remain in us will be unshakable. Just like the past few days the winds coming off a big whirlwind (a category 3 cyclone) has blown down branches and debris and dead bark into my pool. Hebrews 12:26-29 Matthew 7:24-27

A YEAR TO SHAKE IT OFF, STEP UP AND TAKE RESPONSIBILITY.

Shake off your bad attitude, wrong thinking, dwelling in the past, fear of failure, what’s in it for me self centredness, and step up and take responsibility for your actions, your position (whether it’s at home, at your work or at church), your family, your christian walk, your ministry, over your flesh.

The Lord showed me a weird vision for LEADERS for this year.

The word finish means to terminate. He is the author and the finisher. He will finish what He started. He will bring an end to the siege, the destruction, the poverty, the sickness, the self doubt in your life this year.

A YEAR TO BE CALLED, COMMITTED AND CRAZY

Let it be a year of no regrets, do something you’ve never done before while the opportunity is there, break out of the box.

Running in -21C (I remember Julie saying we must be crazy, but I said no we’re the only ones committed this morning), many times we’ve run in the pouring rain and we don’t  see another jogger out there. There is an enemy called ‘comfortable’ and ‘average’ break out and be the person God wants you to be and do what He wants you to do, go pray for that person, go for that job, believe for the impossible.

Don’t end up saying I should’ve or I could’ve or I wish I would’ve. Instead say I’m so glad I did or I can’t believe I did that. Like Julie doing parasailing!

Keep doing what God asked you to do even if you are $70,000 in debt because you’re doing what He asked and there will come a day when everything gets turned around back in your favour.

Don’t give in don’t stop even when others tell you you’re flogging a dead horse and tell you go and get a job, start a church or do something to make the finances come in. Galatians 6:9 NKJV  And let us not grow weary while doing good, for in due season we shall reap if we do not lose heart.

Having faith in God seems crazy to others because faith sees what others don’t.

TIME TO BUY A SWORD

Time for a new level of warfare. The devil is also shifting and changing strategy but we get caught up in waging the same warfare strategy just like the last battle. When we do this we risk huge casualties like they experienced when the army of God took on the little insignificant town of Ai.

Intercession needs to go to a whole new level.

This is a different season than what you thought.

EXPECT THE EXTRAORDINARY.  THE INCREDIBLE, THE AMAZING, THE UNBELIEVABLE, THE MIRACULOUS.

Don’t expect the same as before, lift your vision, lift your expectation, expand your borders get ready for bigger and greater things.

Beware of Jezebel because it can control you and render you useless especially in the ability to reproduce. Remember she wanted to control the counterfeit false prophetic voices of the land. Jezebel takes from you what God has given or promised you.

You shall know the counterfeit by their fruits. They have to reproduce after themselves.

Don’t be deceived any more, sometimes we have become so desensitized we can’t sense Holy Spirit convicting us of sin. We have trusted in lies and in our flesh more than in the Word of God. We’ve lied, we’ve covered up, we’ve done things in secret, we’ve compromised and we’ve been lukewarm. But now we have an opportunity to be real and lead a life that’s worthy of the Lord, fully pleasing Him and being fruitful in every good work. Col 1-10.

Don’t let your guard down this year.

Judges 16:18-20 NIV [18] When Delilah saw that he had told her everything, she sent word to the rulers of the Philistines , “Come back once more; he has told me everything.” So the rulers of the Philistines returned with the silver in their hands. [19] After putting him to sleep on her lap, she called for someone to shave off the seven braids of his hair, AND SO BEGAN TO SUBDUE HIM. And his strength left him. [20] Then she called, “Samson, the Philistines are upon you!” He awoke from his sleep and thought, “I’ll go out as before and shake myself free.” But he did not know that the Lord had left him.

BE PREPARED TO WAIT A LITTLE LONGER THIS YEAR, IT’LL BE WORTH IT.

Trim your lamp and collect your oil and get ready just like the wise virgins you can have your lamps but if you haven’t got a reserve with you you’ll miss out. Dig the ditches, the wells, the reservoirs, collect the jars because God will fill them. This year is all about preparedness. Don’t just have enough because the season could be a little longer than you thought so always be prepared to dig deeper and go the extra mile. There’s been many times Julie and I have had to dip into the reserve tank to keep going but if you haven’t got a reserve tank or anything in it then that’s as far as you can go.

Matthew 25:3-10 NIV [3] The foolish ones took their lamps but did not take any oil with them. [4] The wise ones, however, took oil in jars along with their lamps. [5] The bridegroom was a long time in coming, and they all became drowsy and fell asleep. [6] “At midnight the cry rang out: ‘Here’s the bridegroom! Come out to meet him!’ [7] “Then all the virgins woke up and trimmed their lamps. [8] The foolish ones said to the wise, ‘Give us some of your oil; our lamps are going out.’ [9] “ ‘No,’ they replied, ‘there may not be enough for both us and you. Instead, go to those who sell oil and buy some for yourselves.’ [10] “But while they were on their way to buy the oil, the bridegroom arrived. The virgins who were ready went in with him to the wedding banquet. And the door was shut.

Did you know there is something like 70 different meanings for the word, cast?

So what are you going to cast this year?

Psalm 51:10-12 NIV [10] Create in me a pure heart, O God, and renew a steadfast spirit within me. [11] Do not cast me from your presence or take your Holy Spirit from me. [12] Restore to me the joy of your salvation and grant me a willing spirit, to sustain me.

Psalm 55:22 NIV [22] Cast your cares on the Lord and he will sustain you; he will never let the righteous be shaken.

Proverbs 29:18 NIV [18] Where there is no (vision) revelation, people cast off restraint; but blessed is the one who heeds wisdom’s instruction.

Matthew 10:8 [8] Heal the sick, cleanse the lepers, raise the dead, CAST OUT DEVILS: freely ye have received, freely give.